We acknowledge the traditional owners and sovereign custodians of the land on which Collingwood Yards is situated, the Wurundjeri people of the Woiwurrung language group. We extend our respect to their Ancestors and all First Peoples and Elders past, present, and future.
Stories>In conversation with Luke George

In conversation with Luke George
Room to Create artist-tenant 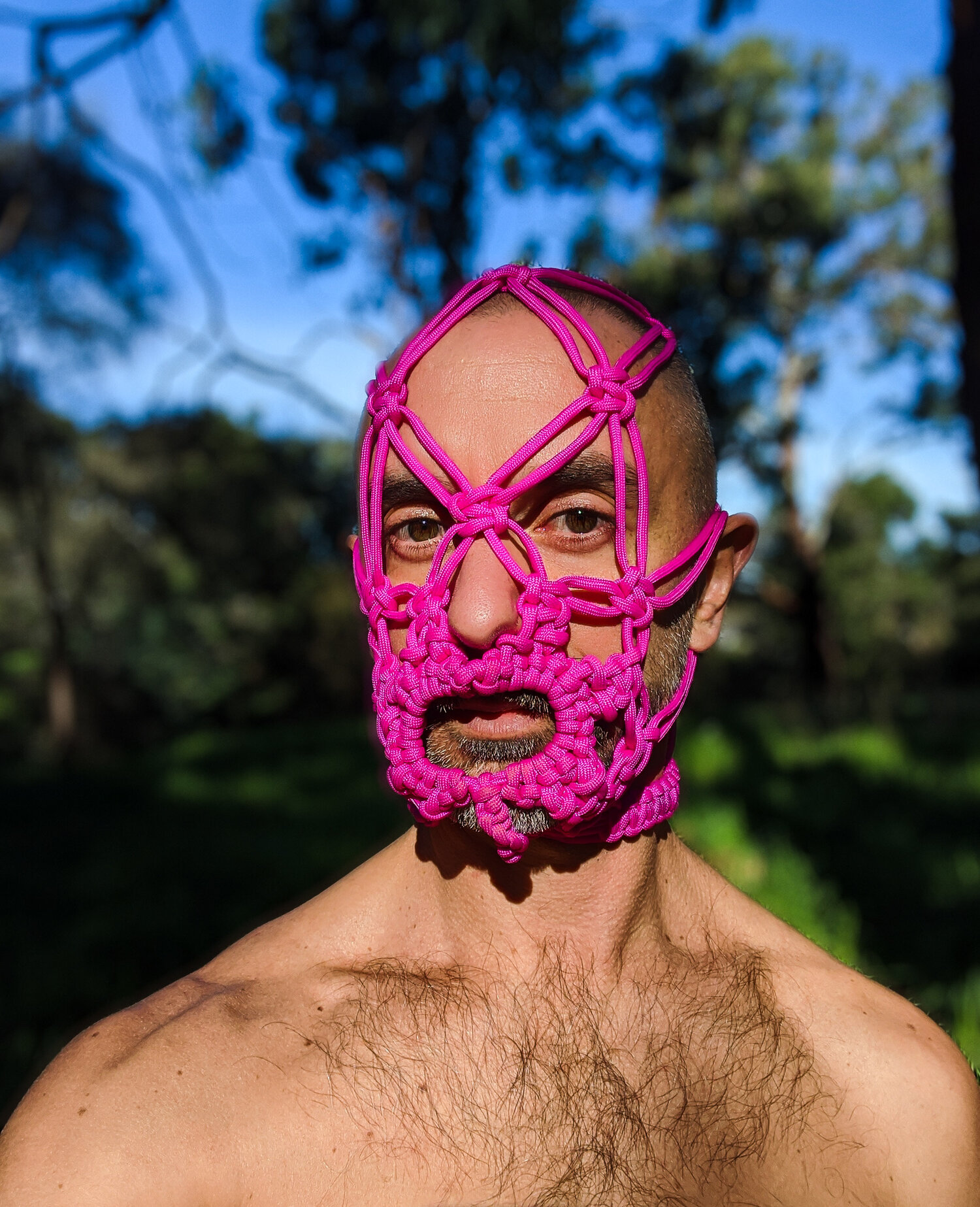 Luke George is a performance and installation artist and ropeworker. With the main focus of his 20-year artistic practice primarily being dance, experimental and participatory performance, Luke has recently expanded his work to further include visually based approaches such as craft and installation to explore intimacy, queerness and desire. DISPLAY OF AFFECTION #4 – SOFT OPENING  is Luke’s upcoming installation at Hope Street Radio as part of Craft Contemporary. He is also an artist-tenant at the Room to Create studio here at Collingwood Yards.

Luke, tell us about your DISPLAY OF AFFECTION series

Through this project, I am interested in queer social choreographies and the queering of public and private spaces. The series is ongoing and takes the time it takes for each piece to emerge, responding to a space, a moment, an encounter. Each installation and intervention considers the fragility and temporality of these intimacies, glimpsing traces of bodies lingering and loitering in space and time; non-verbal dances of anticipation, tensions and subtle signals; weaving desire-lines through unsuspecting spaces. So far in the series I’ve created and exhibited: 1 – a macramé sex-sling that invites the spectator to climb in and comfortably spend time; 2 – an un-potted plant, tied and suspended in rope bondage in kink dungeon, personally tended to and cared for everyday by myself; 3 – an haute couture rope gown that binds itself to a person, and people to each other. 4 – is SOFT OPENING: a macramê public gloryhole for intimate exchanges, whispered conversations and queer poetry readings.

How did you get to exploring rope as a medium?

I’ve been obsessed with rope as a medium for almost a decade now. I’ve always been very tactile, as an artist, dancer and even as a child. I would fixate on the particular qualities of different fabrics, materials, threads, yarn and rope, often doing makeshift craft projects, experimental fashion for me or my toys, or intricate immersive installations inside my wardrobe or under my bed. My mum taught me to knit, sew and macramé. I was a terrible sewer and totally messed up her sewing machine several times creating a backpack out of an old puffer jacket. But working with rope felt natural. In 2014 I met and started collaborating with Singapore based artist Daniel Kok. Together we decided to learn rope bondage as an artistic method to explore our shared artistic interests. This resulted in a work called BUNNY in which we work with rope, bondage and tension to carefully unpick the boundaries of desire, trust, consent and communion between artist and audience. We were lucky to perform this work many times for many people, all over the world.

More recently we created a second project called STILL LIVES: MELBOURNE for the RISING 2022 Festival, where we worked with rope and bondage to tie and suspend 5 Aussie Rules football players from the vaulted stain glass ceiling of the Great Hall at the NGV to recreate a 2011 AFL Mark of the Year by footy legend and Nyoongar man, Andrew Krakouer. This was a huge project engaging footy culture and players and an incredible turn out of over 1000 audience members, all coming from different communities; people who love footy, who love art, bondage and so many queer people – all making space for each other and in a way being ‘bound’ together through their sheer desire for the mark to happen. When we finally tied all 5 players into the speckie and lifted the bound players 8 metres off the ground, the crowd suddenly leapt to their feet in a roar. It was ecstatic, something even spiritual. The love and the care they shared for this moment together, for each other and for the 5 players who all have experienced major difficulties with the sport itself, being queer, or female, or trans or indigenous. I’ll never forget this moment.

Rope has entangled its way into my practice and life through performance making, being a bondage practitioner and educator, and now crafting installations and wearable pieces in which I like to combine craft with kink and work with ridiculously bright colours and clashes, a kind of hard-soft. During Covid lockdowns I used what rope I had left over from performances to create kinky-macramé items and post them to friends, to enjoy in their own isolation. It took off and soon I found myself launching an online store craftyfkr.com and developing my designs further. It’s all a bit DIY and I’m learning (the ropes) as I go.

You see dance less as spectacle than as reflexive practice, in which people examine themselves and their values through movement and interaction. Tell us more

Sure. For me dancing has and always will be a social experience, about different bodies intersecting with each other and the environment they’re moving in. How we might encounter ourselves and each other more intimately and even to face what we didn’t at first take notice of. Through movement and being witnessed by others, our bodies reveal ourselves even if we’re not aware of it happening. The reason I started dancing and went on to pursue the artform was because of some early experiences I had as a teenager living in regional Tassie (in the 90s) through a youth dance company called Stompin that was engaged in socially driven arts practice. Rather than it being about learning dance techniques and routines, we valued intergenerational collaboration, choreographic expression and building community through performing together. And then, the dancefloor itself, the rave, doof, disco and club. I’ve always been drawn to the throb and throng of bodies negotiating that heaving space together. A space full of heightened intensities and reasons for being there, and through a collective listening and choreography, make it work.

As a professional dancer, I worked with companies and choreographers here in Australia and abroad for many years, creating, performing and touring. It was an incredible experience, but I always found something slightly alienating about the experience of performing on stage to an audience of people silently sitting there in the dark of the auditorium, in a city I’d never previously been to and next to no introduction or connection to who these people were, how they thought, moved and lived. I became curious about who was on the other side of the lights. These experiences led me to create performance works that are what could be called expanded choreographies, where the performers and audience often share a space, sometimes even sharing movement, touch and communication, to explore alternative ways of seeing, communal and participative encounters, and relational politics in and beyond the theatre. Where everyone in the room, including the audience, are the choreography.

More recently, I’ve begun exploring how that choreography can expand even further to include the non-human in a new project called HUNDREDS+THOUSANDS, a performance with and for 100 people and 100 potted plants, to consider how plants and humans may share a space together, listen to and relate to one another. This project in particular has been deeply shaped by the impact and experiences of the pandemic, spanning 6 years in creation and with collaborators from Australia, Singapore, Taiwan and the Philippines. We finally all came together recently to premier the work at PICA Perth Institute of Contemporary Arts and Liveworks Festival 2022 at Performance Space in Carriageworks, Sydney.

What does a day at Collingwood Yards look like to you?

Ride my bicycle from Abbotsford along Johnston Street, weaving in and out of traffic and closely dodging the 200 and 202 busses, careen into the car park entrance and wink at the Harring mural, park in the bike-shed, run into other cyclist-Yarders like Eugenia, Mish or Sophie and wake up a bit more with a little chat, wander into to my studio and stare at the big open sky out my window for a while, if another Room To Create tennant is in we’ll have a catch up and share how we’re getting on, then back to it, emails, notes, plans, calendar, more emails, do some sketch-ups of a few ideas, finish off the next stage of glueing for a CraftyFkr harness order, have a play with a few new knots I’ve been trying to learn, watch a youtube tutorial on it and get a little bit better, more emails, continue that project proposal I really need to get done, zoom meeting with a collaborator or programmer, lunch down Smith St, the Felafel Place maybe, run into various local queers all getting lunch, wander back and grab a coffee meeting with someone at Padre, sit in the courtyard under the trees or on level 2 balcony of Perry St getting some sun, back to the studio to repeat it all again until it gets too chilly (winter) or the sun in my eyes is too much (summer).

Opening Launch Event on 29 October will include exhibition of DISPLAY OF AFFECTION #4 SOFT OPENING and #1 THE SLING, as well as kink-macramé items available for purchase in Luke’s CraftyFkr store in the Stay Soft Markets with tunes on Hope St Radio’s decks by beloved DJ’s from Melbourne’s queer nightlife scene, Aqueerius and Juicy Hun.

Luke George’s creative development of DISPLAY OF AFFECTION #4 is supported by the Victorian Government through Creative Victoria and was originally commissioned by The Bearded Tit for the Thotful exhibition. Luke George is supported by City of Yarra’s Room to Create Program to be an artist-tenant at The Collingwood Yards.

In conversation with West Space 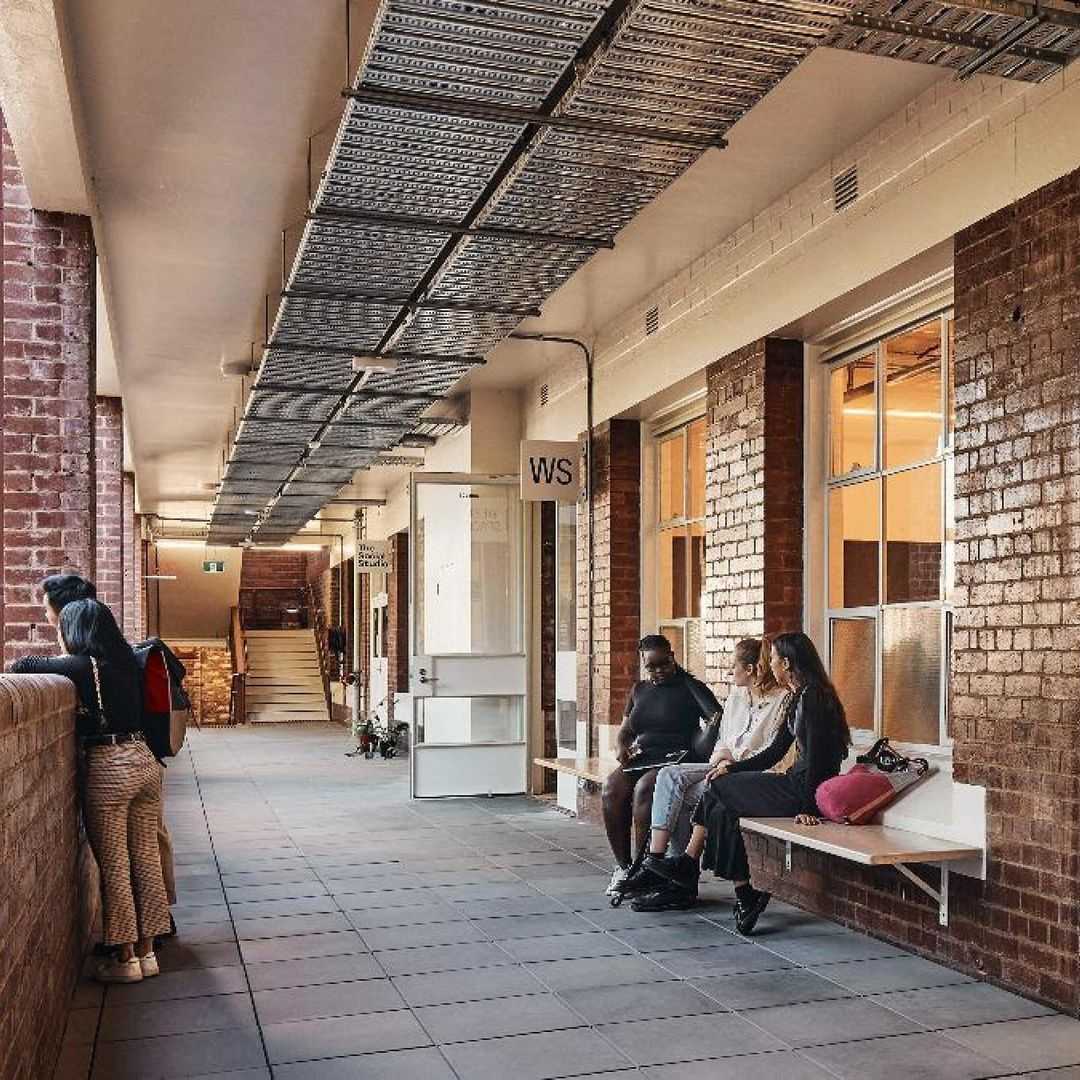 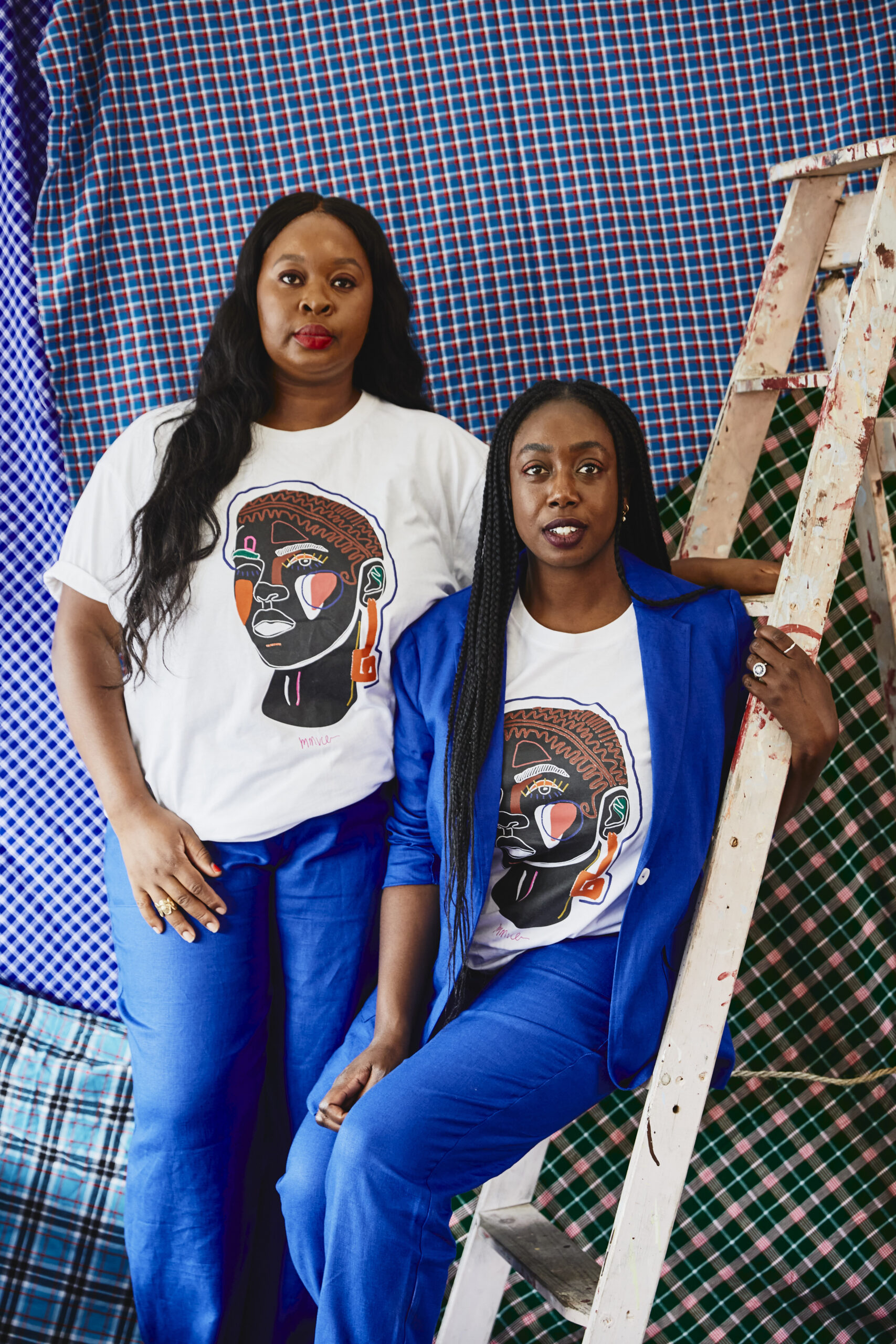 In Conversation with Kate Beynon 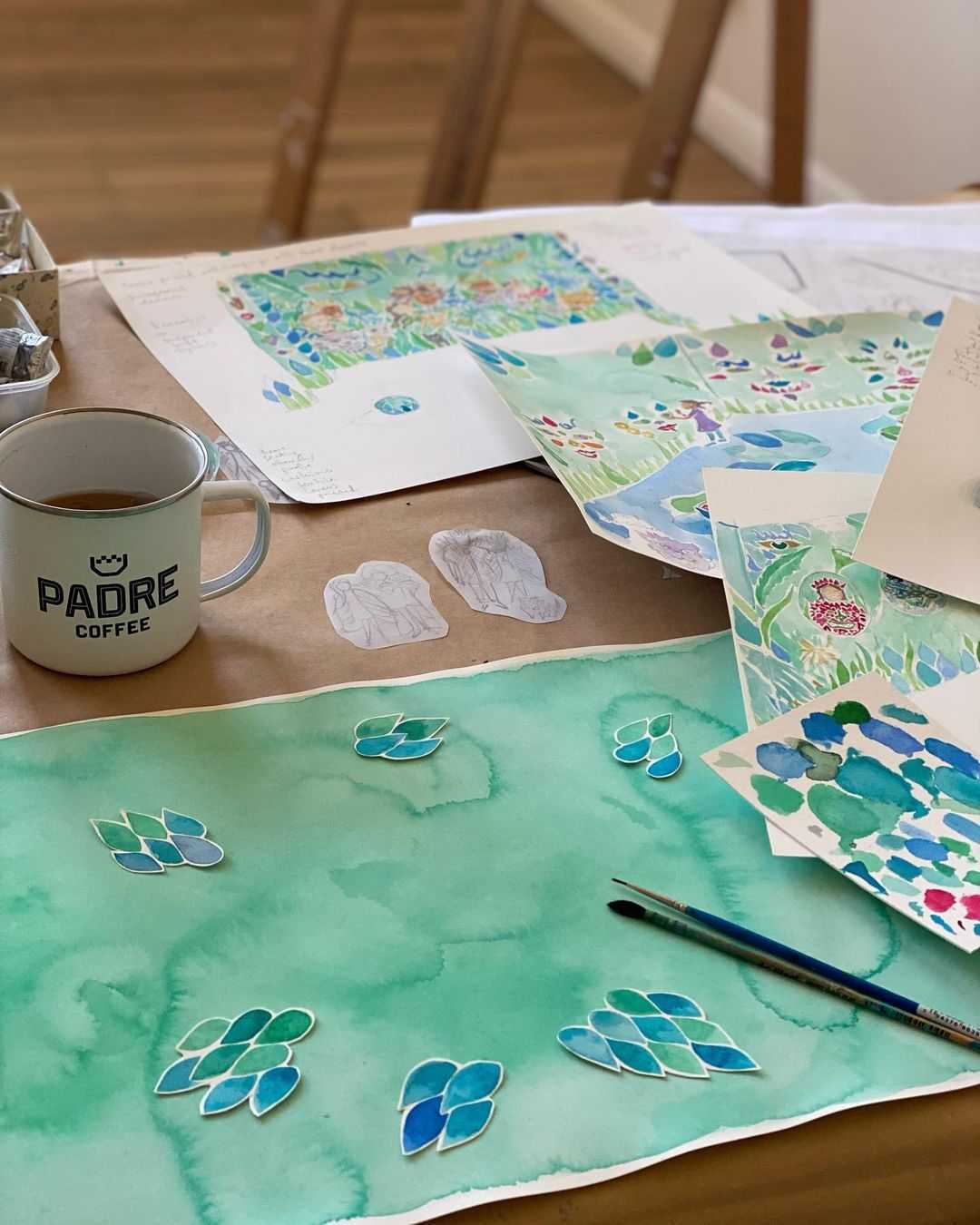 In conversation with Maitiú Ward from Bookshop by Uro 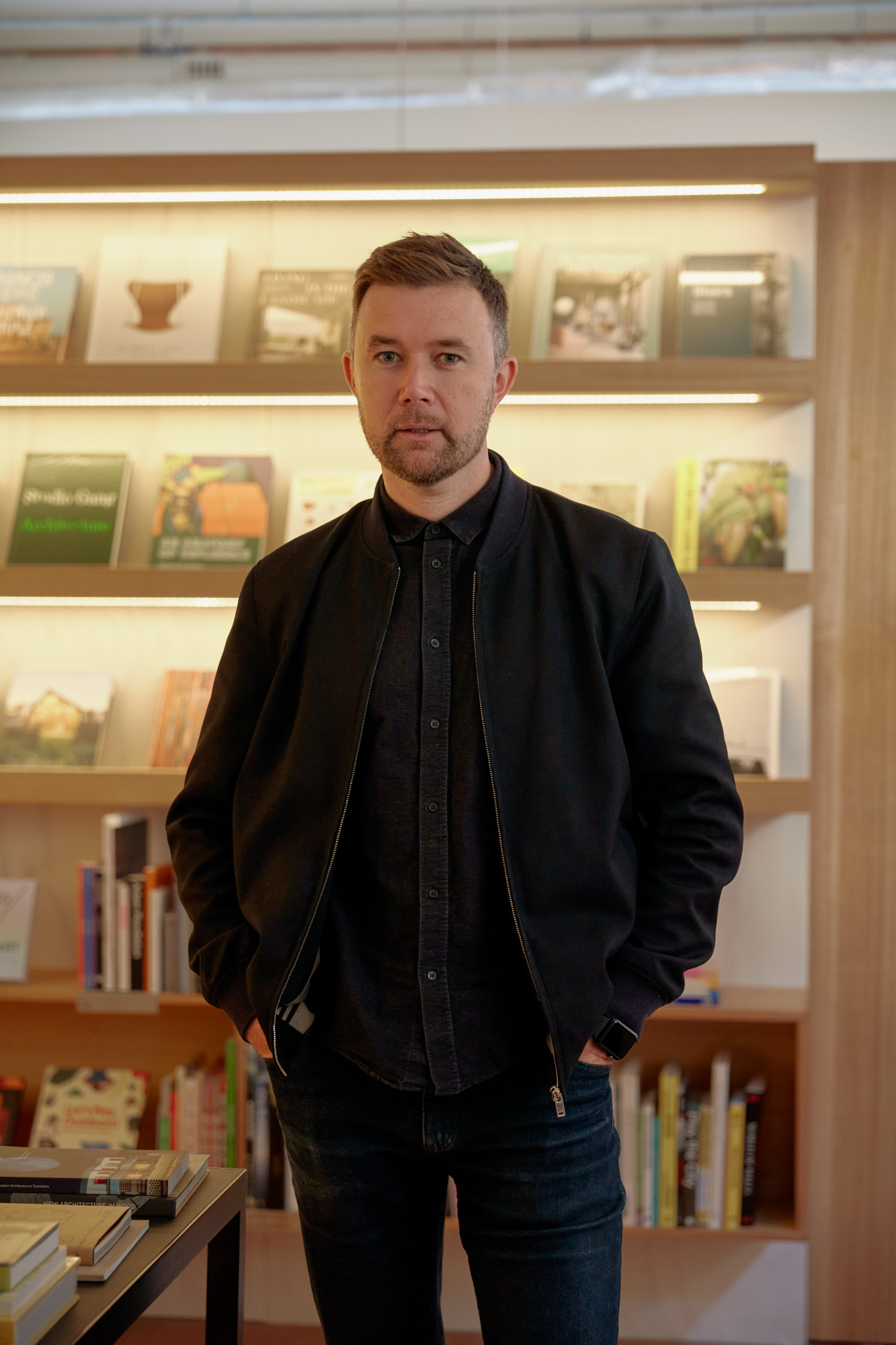 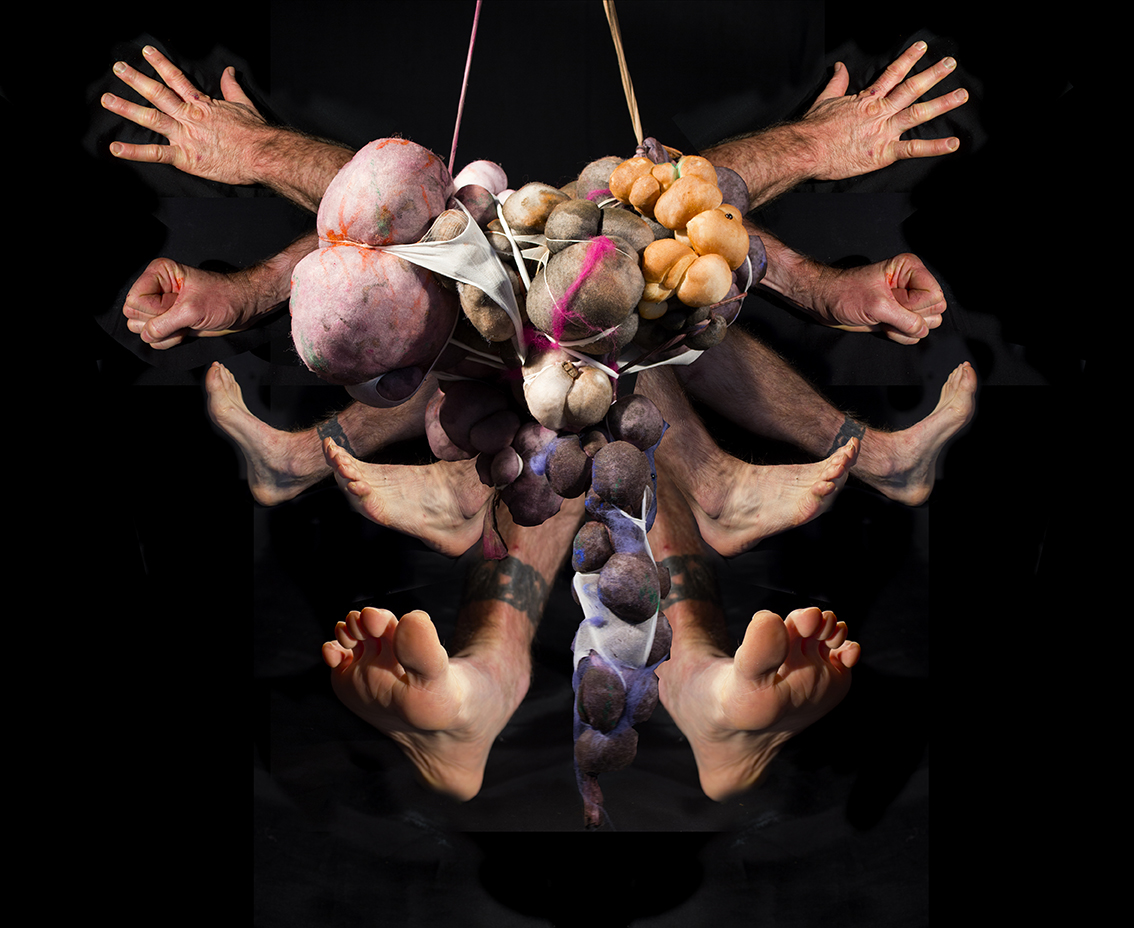 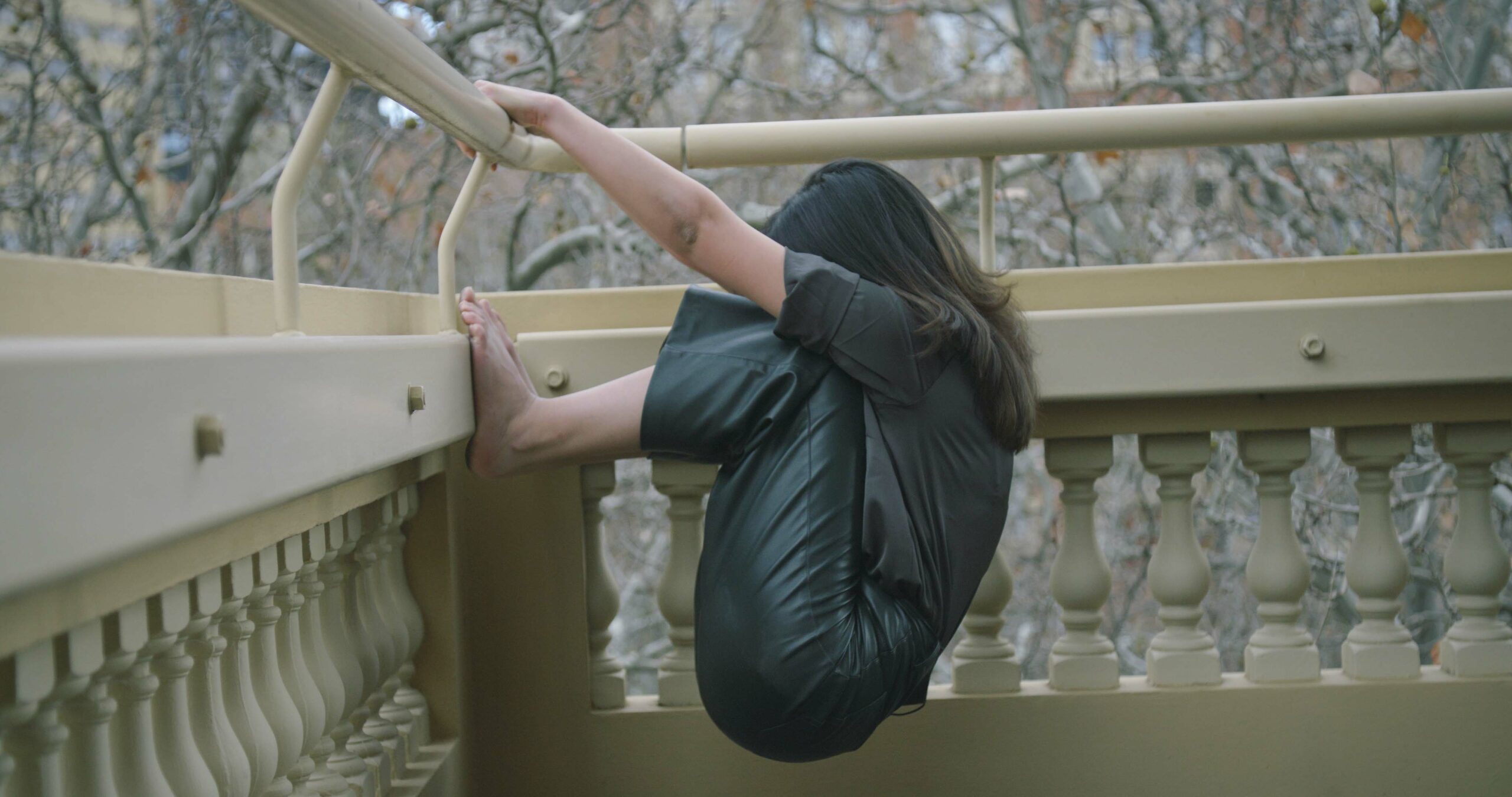 In conversation with Matthew Fung 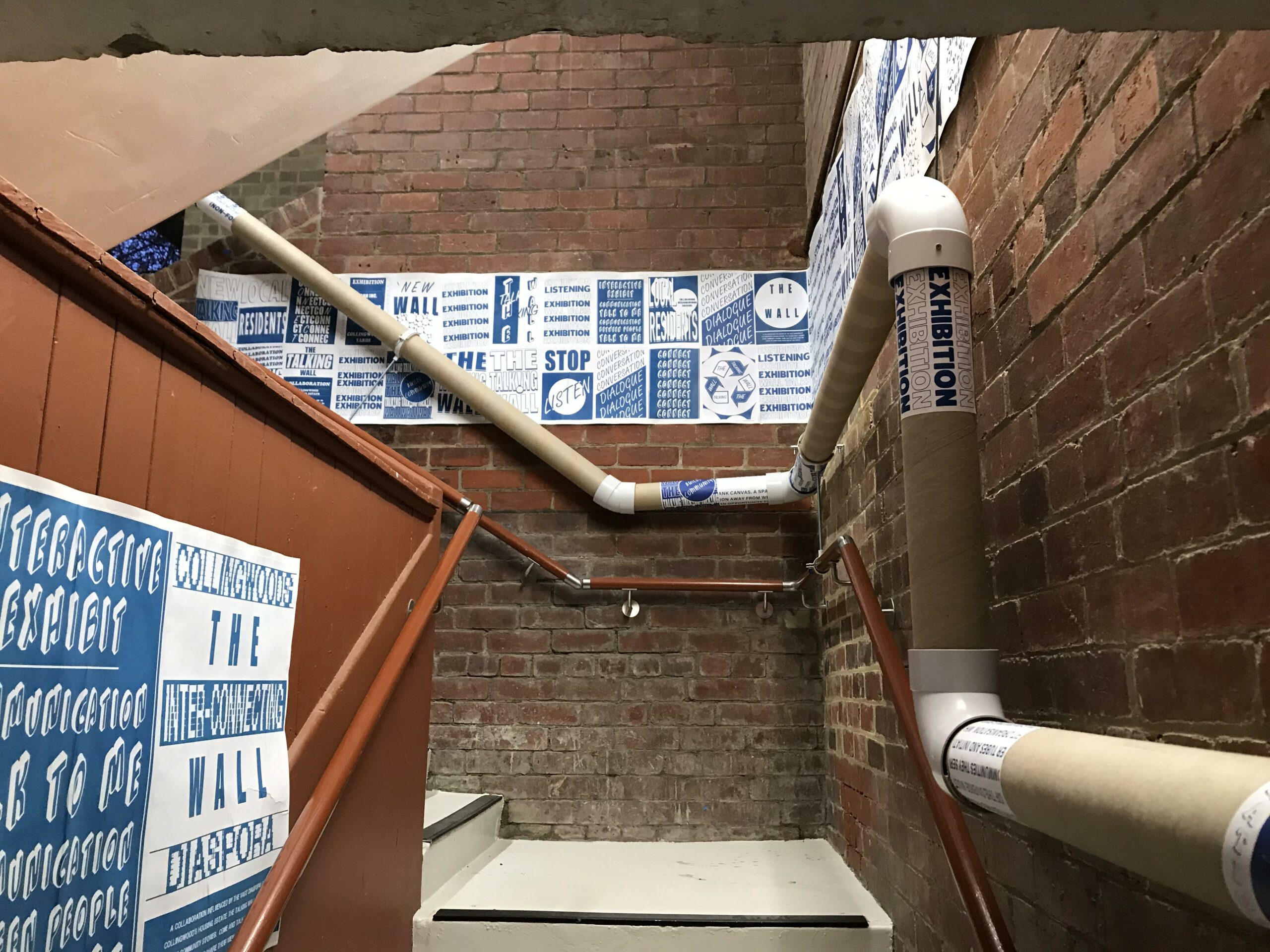 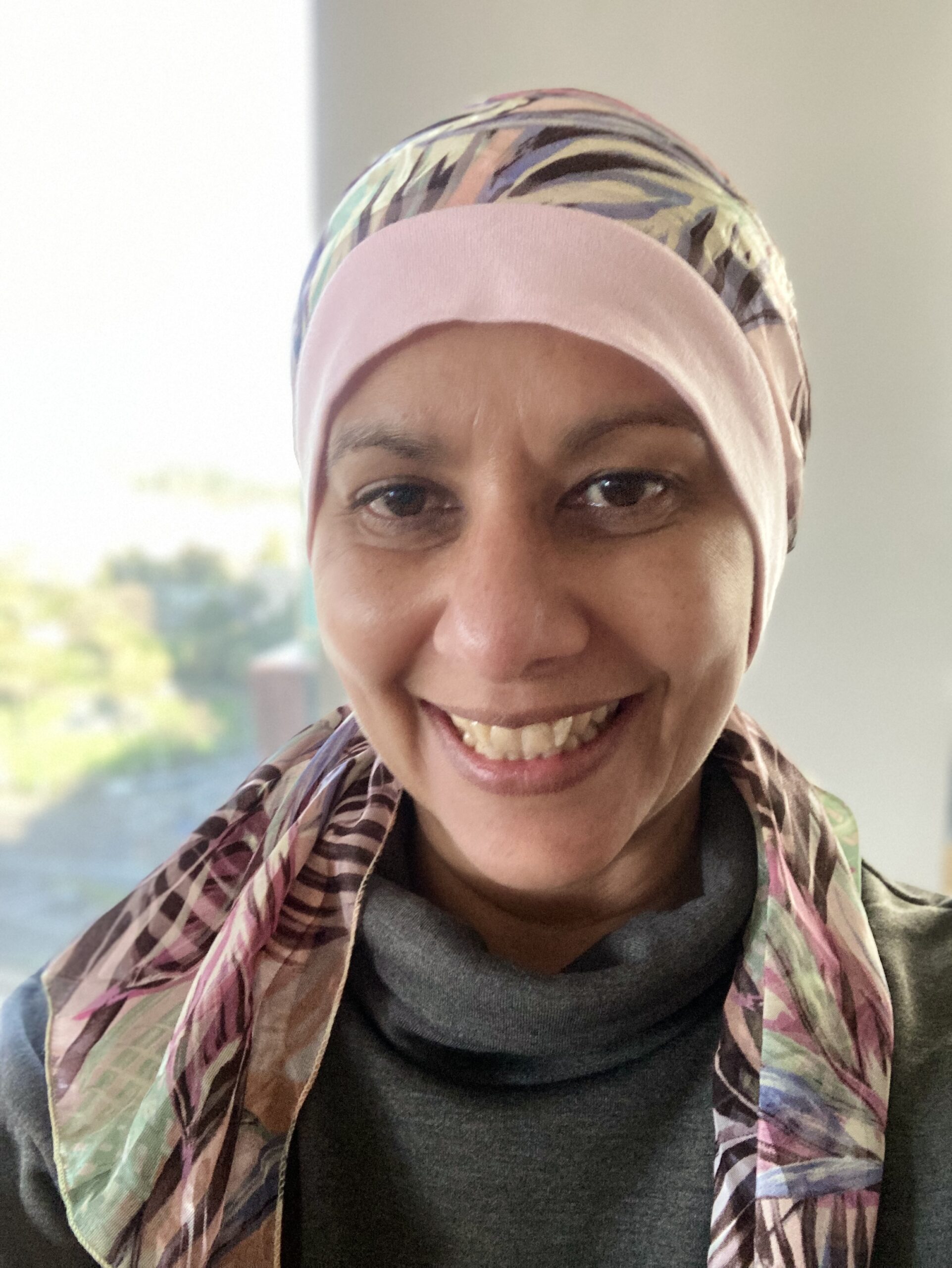 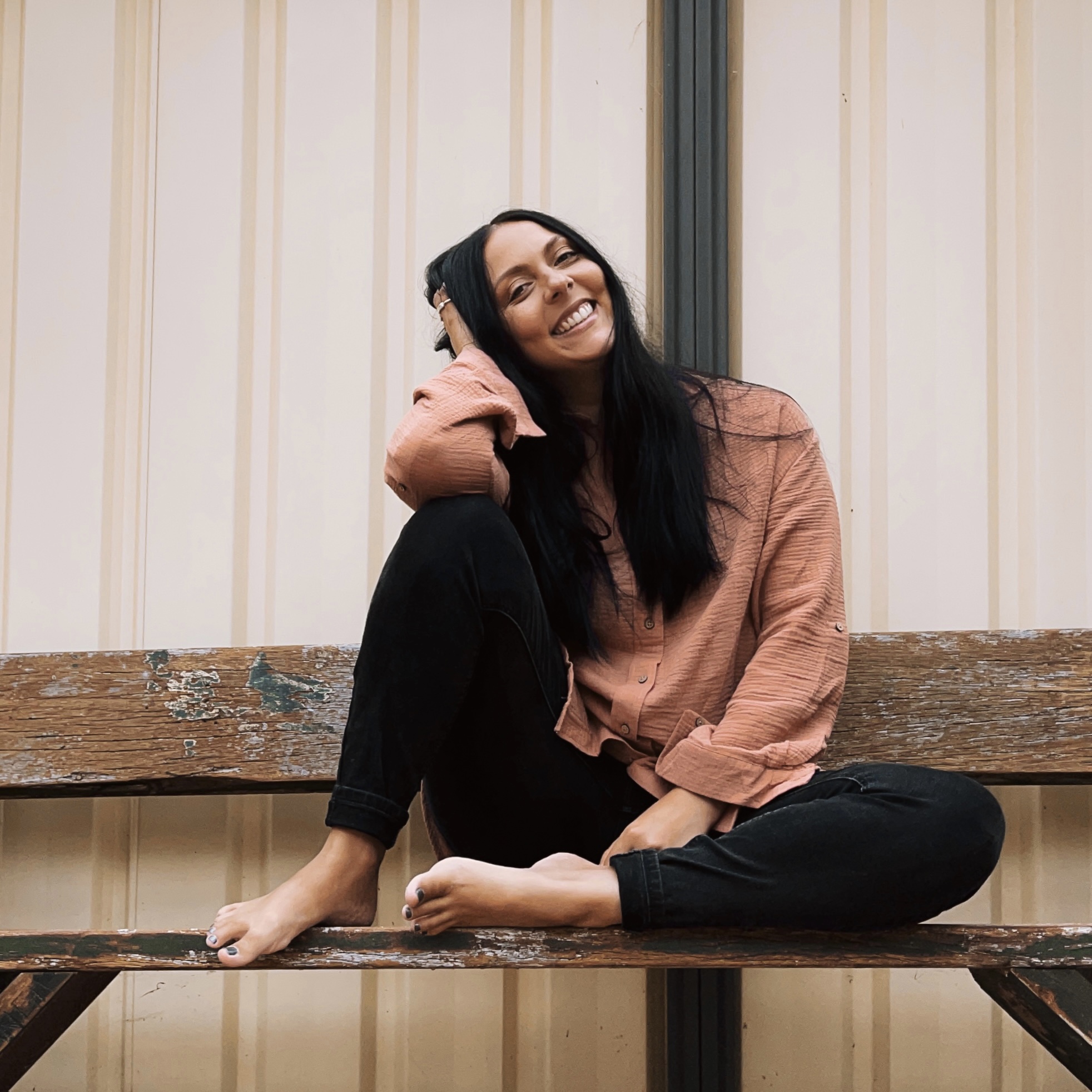